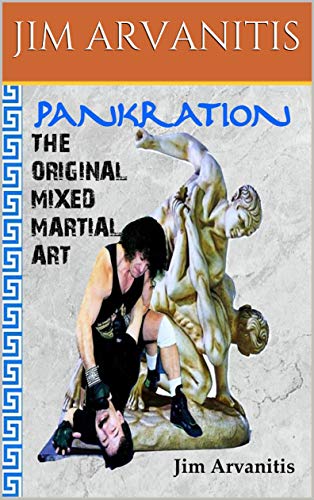 Jim Arvanitis, world-acclaimed Father of Modern Pankration and MMA pioneer, presents an in-depth analysis of this ancient fighting art and its modern derivative. Pankration is one of the oldest martial arts on record and the first to integrate striking, grappling, and submission techniques. The book examines the concepts, tactics, and training to
their adaptation by the author in the 20th Century. Also discussed is pankration’s development from its mythological roots to its sports inclusion in the Panhellenic festivals, and dynamic rebirth after it had vanished for several thousand years. Hundreds of illustrations and photos depict one-on-one combat action and training throughout the text.
Greek pankration is the only fully-documented total fighting system of the Pre-Christian era and the precursor to MMA.